You are here: Home Sabbour Today 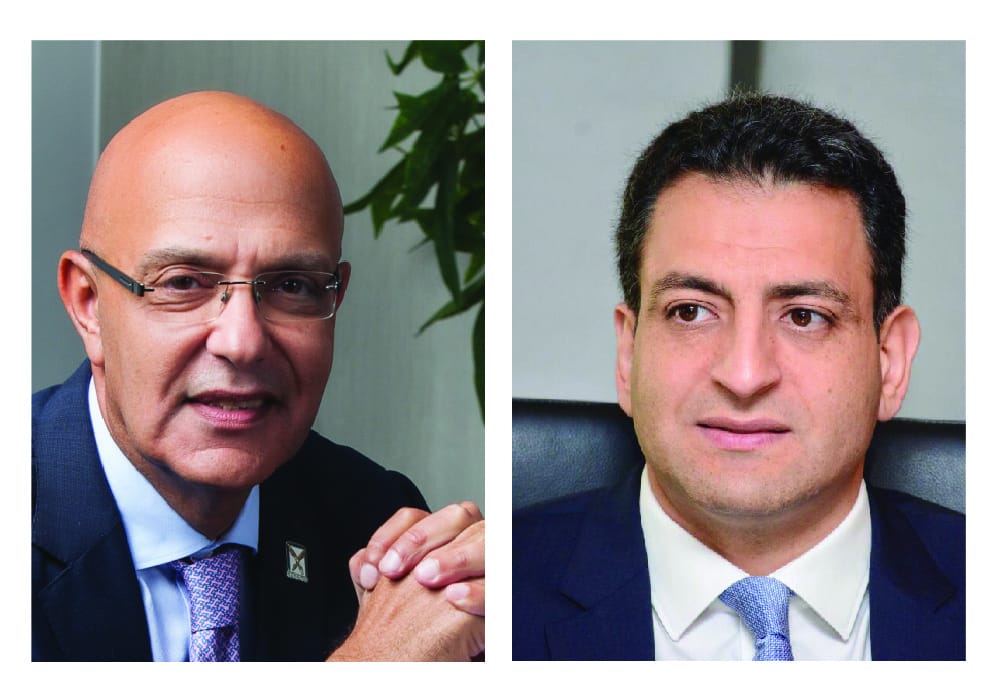 “The City of Odyssia” o An MOU has been signed by Spinneys Egypt and Al Ahly Sabbour to lease and operate Spinneys Hypermarket at “ The City of Odyssia” in Mostakbal City Spinneys Egypt, the prime supermarket chain and Egypt’s leading real estate developer Al Ahly Sabbour, signed a memorandum of understanding to lease and operate a new Spinneys hypermarket based in The City of Odyssia, situated in Mostakbal City with an ideal location between New Cairo and the New Administrative Capital. Under this agreement, signed by Eng. Ahmed Sabbour, CEO of Al Ahly Sabbour and Mohanad Adly, the CEO of Spinneys Egypt, the latter will open a hypermarket covering an area of 3000 m2 to provide retail products and services within the Central Business District (CBD) in “The City of Odyssia” at Mostakbal City. “This collaboration is a new chapter in the success story written by Spinneys and Al Ahly Sabbour,” expressed Mohanad Adly, Spinneys Egypt’s CEO. He further added that “The launch of the first Spinneys supermarket in the North Coast last year was a major step for both businesses as Spinneys was able to successfully provide retail products and services to residents at Al Ahly Sabbour’s project of “Amwaj”. With an integrated fashion and at reasonable prices, it transformed the shopping experience in the North Coast area as a whole.” On his part, Eng. Ahmed Sabbour, CEO of Al Ahly Sabbour stated that “We seek to collaborate with high-profile, reputable organizations in different fields with the aim of providing the highest quality of services and benefits to our customers. For the City of Odyssia, Spinneys is a significant addition, especially with the unprecedented urban development “the City of Odyssia” brings to this vital area, considered as a golden triangle between Mostakbal City, New Cairo, and the New Administrative Capital.” According to Sabbour “This agreement with Spinneys is the first of many that the company plans to introduce at the City of Odyssia’s Central Business District, especially considering the tremendous significance of the project, it is our most important one to date, one that adds more value to our 25 years of achievements. Throughout our diversified portfolio of retail, touristic, residential, hospitality, sports and mixed-use projects, across an area of more than 12 million m2, we serve more than 27500 families in the North Coast, Cairo, and the Red Sea.” In partnership with El Mostakbal For Urban Development, the master developer of Mostakbal City, The City of Odyssia is based in a prime location, 15 minutes from the American University in Cairo while being adjacent to the New Administrative Capital. This project, which sees a total of EGP 29 billion in investments, is planned to be delivered over seven phases; three of which, “The Ridge,” “Alaire,” and “Alaire Park” have already been launched and contain mixed-use and residential components. Moreover, the project features a unique architectural style designed by the world-renowned architecture firm Gensler, on an area of 528.79 acres. Its urban design was executed with careful attention to cater for all needs and tastes, as well as to provide the highest levels of privacy to its customers, bringing together luxurious apartments, villas, twin and townhouses. With vast green and recreational areas, services, cultural and artistic hubs, The City of Odyssia provides a healthy and lively atmosphere to its people, set to start delivering towards the end of 2022.

Thank you for your registration!